6/15/2015 Monday’s are great!  I went to McDonalds (and not in the play room) to relax alone while waiting for a script to be filled. After a crazy and emotional week last week it feels wonderful to be alone and peaceful. 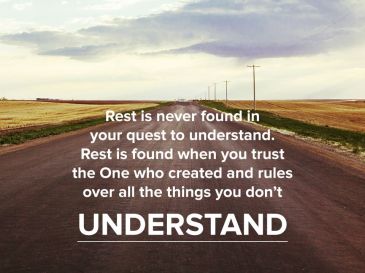 Since I was feeling well all morning I went off to Walmart to do some shopping.  I was doing well but then fatigue hit, so I had to sit in the shoe dept and rest.  Fatigue is a pain in the butt.  Just when I think I am getting ahead, then I am knocked back down.

Then Gideon and I had dentist appointments tonight.  Gideon was really excited about first dental visit and he did awesome.  I was feeling nothing but anxiety about the sounds and pain I would likely feel so I did a Toradol shot in the dentists office.  By the end I was exhausted and ready to go home and to bed. 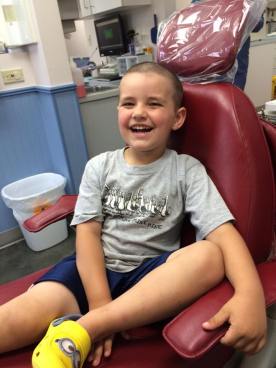 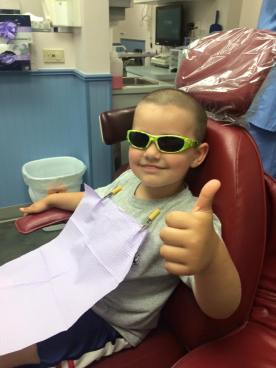 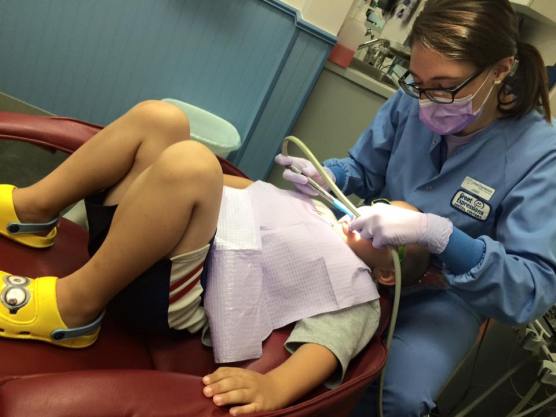 Tuesday: The following day I spent the day in bed resting and recovering from the Big Day on Monday.  I slept for 14 hours and when I did wake I had bad blurred vision and double vision.

Wednesday: Another bad head pain day.  In bed again all day.  I finally tried Imitrex and the side effects were awful.  Within about 10 minutes of taking the medication my head started to constrict…which sucks when your head already hurts.  Even though there were terrible side effects, at least it reduced the head pain.  But not likely to take it again.

Today I accomplished something big for me. I went to several garage sales. It was so liberating. I got a bunch of clothes that will fit me right now. No exercise of any kind not even normal walking around does a number on ones body. And while it was wonderful getting out of the house, there is a downside; the daily persistent headache/migraine doesn’t tend to like all the commotion. So the second half of the day was bringing down the head pain. But it was so worth it. Most of you know how much I love to garage sale. 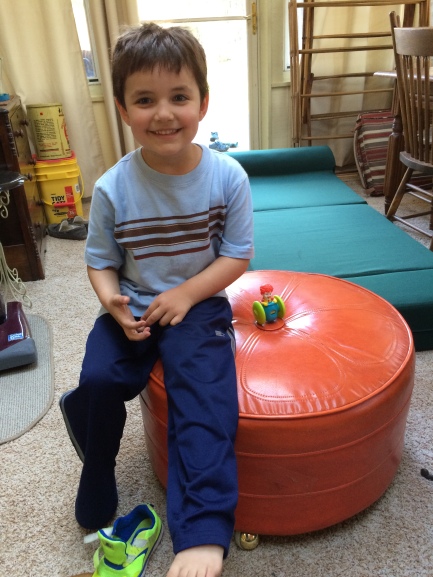 The daily persistent headache/migraine is still ever present. All day every day. It only becomes truly debilitating when I overdue something. I am able to use heated rice bags to give temporary relief when I need it. I also have a few meds that I can take to try and reduce the headache some because I cannot take any pain relievers. My vision has become more and more effected, the stuff far away is becoming more and more blurry. Hopefully with the headache gone someday the vision will restore. Just a few things from my dr apts yesterday. they decided some physical therapy on my neck might be helpful. The physical therapist also showed my how to stand from a sitting position to minimize my back pain. Also how to climb stairs. Simple things with amazing results. She also found two trigger point that made my headache instantly worse and then she sprayed a lidocaine spray on that reduced my headache to nothing for about 5 minutes. It actually kept it below my baseline every day headache for a few hours. It was awesome!! And I can get a prescription for it smile emoticon. I was given some good advice about entering back into large groups like church and bible study. I started to learn some biofeedback but the darn computer was acting up but at Least I was introduced to it. The PA I met with was pretty sure I had thrush but it’s hard to say because it isn’t getting any worse. I am going to give my new med for my headaches a few weeks to work. The next apt will be with the neurologist, physical therapist and psychologist (to learn more about biofeedback) in a month.

Michelle Govitz: My goodness Heather, I’m praying this pain is completely relieved for you! I can not imagine going through all that you have been. You do seem to have a very positive attitude which is great for you and shows others who are struggling with their own type of pain that one can face it with dignity and faith in God ♡
Heather Johnson:Thanks Michelle Govitz. Not every day is so positive. But I do love a good garage sale smile emoticon. But seriously my docs have my depression and anxiety under control otherwise I would never have been able to go to a sale or a restaurant or pretty much leave the house. It also helps that my parents Sherry and Bob Weaver have been so unbelievably supportive and have kept me from burrowing into my bed every day. Gideon cheerful nature and all those praying for me all together have kept my spirits mostly positive.
Michelle Govitz: I can imagine there are days that aren’t very positive! ! I have chronic depression so I know how hard those not so positive days can be you just always seem to slip some good news in with all this mess you’re dealing with. That’s fantastic! I see so many who just…sort of give up and become the illness. Keep fighting and we will keep praying.
Kathy Smith: My heart aches for you, Heather. Prayers continue.

Such a fun, silly and handsome little man. He did his own hair today and he was so proud of himself. 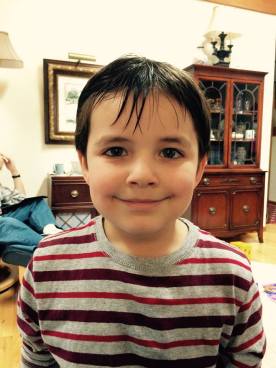 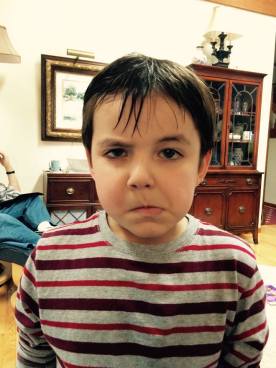